DETROIT, June 16, 2022 /PRNewswire/ -- The wait is over! The Comerica Hatch Detroit Contest powered by TechTown, which has launched some of Detroit's most popular neighborhood storefronts, has officially named its top 10 semifinalists. These businesses have the opportunity to make their dream of owning a brick-and-mortar Detroit, Hamtramck or Highland Park storefront a reality by winning $100,000 in startup funds from Comerica Bank, as well as a package of accounting, legal, IT and public relations support from Hatch Detroit and its partners. 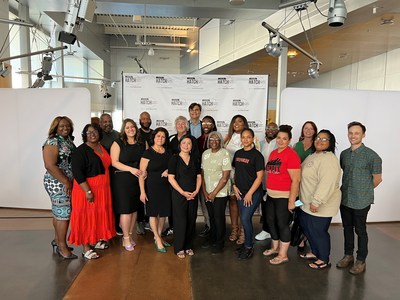 With the semifinalists officially named, it's now time for the public to share their voice and vote for which business they would like to see pop up in their neighborhood. The public can vote once per day for their favorite business from June 17 at 12:00 a.m. until June 23 at 11:59 p.m. by visiting www.hatchdetroit.com/vote.

The four finalists of the 2022 Comerica Hatch Detroit Contest will be announced Friday, June 24, and the final round of public voting will follow before wrapping up on Thursday, June 30.

In addition to voting online, individuals may also cast their vote in person at any of the following locations:

"One of the reasons this contest has been so successful is because of the level of support the business owners receive from their neighbors and how community driven it is," said Vittoria Katanski, executive director of Hatch Detroit. "Every vote they receive is someone saying, 'I want you in my neighborhood and will support you,' which is incredibly powerful. They not only get the public support from day one, they also have access to the technical assistance expertise of Hatch Detroit and the support of our partners at Comerica Bank and TechTown."

Together, Hatch Detroit alumni have opened 49 businesses, employ more than 500 people and have invested more than $7 million in their businesses. Over the years, the Comerica Hatch Detroit Contest has helped launch some of Detroit's most successful and well-known businesses, including, La Feria (2012), Sister Pie (2014), Live Cycle Delight (2015),Meta Physica Massage (2016), Baobab Fare (2017) and 27th Letter Books (2019).

Below are the top 10 businesses competing to win the 2022 Comerica Hatch Detroit Contest:

"Comerica Bank values the cultivation and support of our community's small businesses – we are proud to contribute to a passionate organization that uplifts and rewards driven entrepreneurs with big ideas and incubates economic development," said Linda Nosegbe, Comerica Bank Vice President and Southeast External Affairs Market Manager. "The Comerica Hatch Detroit Contest incentivizes innovation, creative thinking and originality that ultimately contributes towards Detroit's revitalization. We now look forward to this next big step where we see the excitement, reaction and support from our residents for the business concepts who have made it to this stage in the contest."

On July 21, the four finalists will have their opportunity to present their business pitch to a panel of judges, as well as a live audience, for a shot to win the grand prize at The Hatch Off competition. The winner of the 2022 Comerica Hatch Detroit Contest will be chosen through a combination of the public's vote and judges' deliberations.

Tickets are now available to witness the top four business pitches and see the winner of the Hatch Off competition crowned. The Hatch Off takes place on July 21 at 7 p.m., with doors opening at 6p.m., located at the Wayne State University Industry Innovation Center at 461 Burroughs Street in Detroit. To purchase your ticket to the Hatch Off, visit hatchdetroit.com/events.

Hatch Detroit supports both existing and new retail initiatives in the cities of Detroit, Highland Park and Hamtramck. Hatch Detroit was founded in 2011 to give residents and aspiring entrepreneurs an opportunity to have a voice in neighborhood retail development and joined TechTown Detroit's suite of entrepreneurial programs and services in 2022. Beyond the contest, Hatch Detroit provides funding, exposure and mentoring in support of its alumni entrepreneurs. With support from Hatch Detroit, 49 alumni have opened businesses. They employ over 500 people and have invested over $7 million in economic development. To learn more, visit hatchdetroit.com.

Comerica Bank, a subsidiary of Comerica Incorporated, has served Michigan longer than any other bank with a continuous presence dating back over 172 years to its Detroit founding in 1849. It is the largest bank employer in metro Detroit and over 4,500 employees (FTE) statewide. With one of the largest banking center networks in Michigan, Comerica nurtures lifelong relationships with unwavering integrity and financial prudence. Comerica positively impacts the lives of Michigan residents by helping customers be successful, providing financial support that assists hundreds of charitable organizations, and actively participating in Detroit's downtown revitalization. Comerica Incorporated (NYSE: CMA) is a financial services company strategically aligned by three business segments: The Commercial Bank, The Retail Bank, and Wealth Management. Follow on Facebook: www.facebook.com/Comerica, Twitter: @ComericaBank and Instagram: @comerica_bank.

TechTown is a nonprofit business service organization that provides programs, education and resources for early- to growth-stage small businesses and tech entrepreneurs. By building bridges for entrepreneurs to succeed, TechTown is accelerating an inclusive economy for Detroit and Southeast Michigan. Since 2007, TechTown has supported more than 4,700 companies, which has created thousands of jobs and raised more than $172.5 million in startup and growth capital. For more information, visit techtowndetroit.org.